Novelist Cathy Kelly was born in Belfast, Northern Ireland, brought up in Dublin and started her working life as a journalist in an Irish national newspaper. She worked as both a news and feature reporter, and worked as the paper's film critic for five years, as well as being the agony aunt for seven years. Her first book, Woman To Woman, was published in 1997 and was an instant bestseller, spending eight weeks at number one on the Irish bestseller charts. Her subsequent novels have been number ones all around the world and are published in many different languages. Her tenth novel, Lessons in Heartbreak, was published in January 2008. Cathy lives in Wicklow in Ireland with her partner, John, and their twin sons, Murray and Dylan. In 2005, she was appointed as a UNICEF Ireland Ambassador. She's since visited Mozambique and Rwanda as part of her work with UNICEF. Global Parenting caring for children orphaned or affected by HIV/AIDS is the main focus of her work with UNICEF. In her last novel, Past Secrets', Cathy highlighted the issue of HIV/AIDS and UNICEF's work on the issue by including the following in the book's afterword: Every minutes of every day, a child under the age of 15 dies of an AIDS related illness. If this book took you four days to read, 5,760 children will have died from AIDS during this time. Please support UNICEF's Unite For Children, Unite Against AIDS' campaign. You can help UNICEF help millions of children who are missing their childhoods because of HIV/AIDS.' 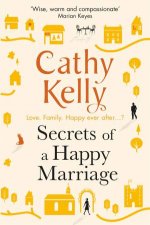 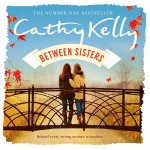 The House on Willow Street
by Cathy Kelly
22.99
22.99
_% Off
RRP refers to the Recommended Retail Price as set out by the original publisher at time of release.
The RRP set by overseas publishers may vary to those set by local publishers due to exchange rates and shipping costs.
Due to our competitive pricing, we may have not sold all products at their original RRP.