Charles Todd is a pen name used by the American authors Caroline and Charles Todd. This mother-and-son writing team lives in the eastern United States, in North Carolina and Delaware respectively.

The authors are best known for a series of novels, set in post World War I England. The books deal with the cases of Inspector Ian Rutledge, a veteran of the European campaigns who is attempting to pick up the pieces of his Scotland Yard career. However, he must keep his greatest burden a secret: suffering from shell shock, he lives with the constant, cynical, taunting voice of Hamish MacLeod, a young Scots soldier he was forced to execute on the battlefield for refusing an order.

They are also the authors of a series about Bess Crawford, a nurse serving in France during World War I. 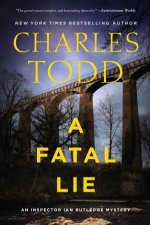 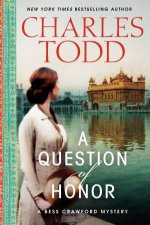 A Question of Honour (Large Print)
by Charles Todd
42.99
42.99
_% Off
RRP refers to the Recommended Retail Price as set out by the original publisher at time of release.
The RRP set by overseas publishers may vary to those set by local publishers due to exchange rates and shipping costs.
Due to our competitive pricing, we may have not sold all products at their original RRP.