Charles Michael "Chuck" Palahniuk (born February 21, 1962) is an American transgressional fiction novelist and freelance journalist. He is best known for the award-winning novel Fight Club, which was later made into a film directed by David Fincher. He lives near Vancouver, Washington.

When not writing fiction, Palahniuk tends to write short non-fiction works. Working as a freelance journalist in between books, he writes essays and reports on a variety of subjects; he sometimes participates in the events of these writings, which are heavy in field research. He has also written interviews with celebrities, such as Juliette Lewis and Marilyn Manson. These works appear in various magazines and newspapers, such as the Los Angeles Times and Gear magazine. Some of these writings have shown up in his book Stranger Than Fiction: True Stories. Palahniuk also includes some non-fiction factoids within his fictional works. According to the author, these are included in order to further immerse the reader in his work. 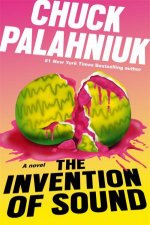 Fight Club
by Chuck Palahniuk
22.99
22.99
_% Off
RRP refers to the Recommended Retail Price as set out by the original publisher at time of release.
The RRP set by overseas publishers may vary to those set by local publishers due to exchange rates and shipping costs.
Due to our competitive pricing, we may have not sold all products at their original RRP.