Conn Iggulden is a British author, who mainly writes historical fiction. In 2005, he released the fourth book in the best-selling Emperor series.

Iggulden was born in 1971. He attended St.Martins School in Northwood before moving on to Merchant Taylors' School. He studied English at the University of London, and went on to teach the subject for seven years - becoming head of the English department at St Gregory's Roman Catholic School in London. He eventually left teaching to write his first novel, The Gates of Rome. He is married with three children and lives in Hertfordshire, England.

His writing influences include universally acclaimed historical novelists like Patrick O'Brian, David Gemmell, Bernard Cornwell, George MacDonald Fraser, Wilbur Smith and C. S. Forester. Iggulden is also a lover of poetry, and his favourites include If by Rudyard Kipling. 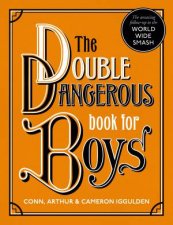 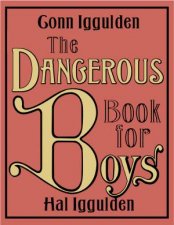 The Dangerous Book For Boys
by Conn Iggulden & Hal Iggulden
45.00
45.00
_% Off
RRP refers to the Recommended Retail Price as set out by the original publisher at time of release.
The RRP set by overseas publishers may vary to those set by local publishers due to exchange rates and shipping costs.
Due to our competitive pricing, we may have not sold all products at their original RRP.