Craig Silvey was born in 1982. He grew up at Dwellingup in the south-west of Western Australia. He is an Australian novelist and musician. Since his release of his debut novel, Rhubarb, Silvey was named as one of The Sydney Morning Herald's Best Young Novelists.

Silvey says of his literary influences that "I've always been attracted to Southern Gothic fiction. There's something very warm and generous about those regional American writers like Twain and Lee and Capote, and it seemed to be a literary ilk that would lend itself well to the Australian condition." 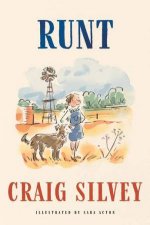 Rhubarb
by Craig Silvey
24.95
24.95
_% Off
RRP refers to the Recommended Retail Price as set out by the original publisher at time of release.
The RRP set by overseas publishers may vary to those set by local publishers due to exchange rates and shipping costs.
Due to our competitive pricing, we may have not sold all products at their original RRP.