Dave Warner is an Australian rock musician, author and screenwriter.

Warner has written both fiction and non-fiction. His first novel, a crime story called City of Light, was published in 1995. It was the winner of the Best Fiction Work award at the Western Australian Premier's Book Awards in 1996. In the same year his second book, Footy's Hall of Shame also came out, featuring cartoons by Steve Panozzo. In 1997, Warner's second crime novel, Big Bad Blood was published. He then wrote the first one in a series of humorous crime novels in the style of Agatha Christie, Murder in the Groove. Published in 1998, the book featured Andrew "The Lizard" Zirk, a former rock star turned detective. In the same year were also published Racing's Hall of Shame (co-written with Nicolas Brasch), Cricket's Hall of Shame (again with cartoons by Panozzo) and 25 Years of Mushroom Records. The second novel featuring "Lizard" Zirk, Murder in the Frame, was published in 1999. In 2000, Warner published eXXXpresso, a novel about an ex-criminal who intends to build a chain of prison-themed cafes, and Murder in the Off-Season, the third "Lizard" Zirk novel. 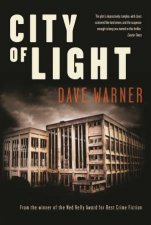 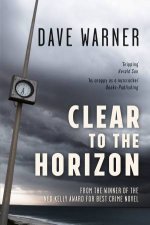 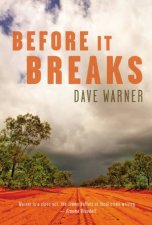 Before It Breaks
by Dave Warner
24.99
24.99
_% Off
RRP refers to the Recommended Retail Price as set out by the original publisher at time of release.
The RRP set by overseas publishers may vary to those set by local publishers due to exchange rates and shipping costs.
Due to our competitive pricing, we may have not sold all products at their original RRP.