David Mark Weber (born October 24, 1952) is an American science fiction and fantasy author. He was born in Cleveland, Ohio. Weber and his wife Sharon live in Greenville, South Carolina with their three children and "a passel of dogs".

His novels range from epic fantasy (Oath of Swords, The War God's Own) to space opera (Path of the Fury, The Armageddon Inheritance) to alternate history (1632 series with Eric Flint) to military science fiction with in-depth characterisation.

Many of his stories have military particularly naval themes. By frequently placing female leading characters in what have previously been seen as traditionally male roles, he has explored the challenges faced by women in the military and politics. 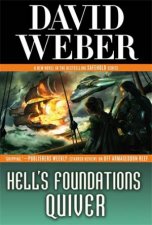 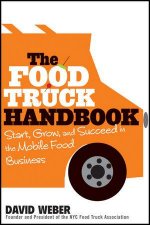 The Food Truck Handbook: Start, Grow, And Succeed In The Mobile Food Business
by David Weber
34.95
34.95
_% Off
RRP refers to the Recommended Retail Price as set out by the original publisher at time of release.
The RRP set by overseas publishers may vary to those set by local publishers due to exchange rates and shipping costs.
Due to our competitive pricing, we may have not sold all products at their original RRP.