Debbie Macomber (born October 22, 1948 in Yakima, Washington) is a best-selling American author of over 150 romance novels and contemporary women's fiction. Over one hundred million copies of her books are in print throughout the world, and one, This Matter of Marriage, became a made-for-tv-movie in 1998. Macomber was the inaugural winner of the fan-voted Quill Award for romance in 2005 and has been awarded a Romance Writers of America RITA Award.

Macomber is a three-time winner of the B. Dalton Award, and the inaugural winner of the fan-voted Quill Award for romance (2005, for 44 Cranberry Point). She has been awarded the Romantic Times Magazine Distinguished Lifetime Achievement Award and has won a Romance Writers of America RITA Award, the romance novelist's equivalent of an Academy Award, for The Christmas Basket. Her novels have regularly appeared on the Waldenbooks and USAToday bestseller lists and have also earned spots on the New York Times Bestseller List. On September 6, 2007 she made Harlequin Enterprises history, by pulling off the rarest of triple plays having her new novel, 74 Seaside Avenue, appear at the #1 position for paperback fiction on the New York Times, USAToday and Publishers Weekly bestseller lists. These three highly respected bestseller lists are considered the bellwethers for a book's performance in the United States 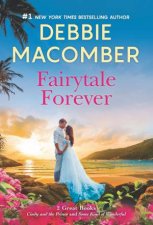 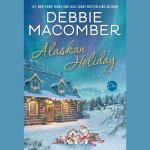 Together Again: The Trouble With Caasi/Reflections Of Yesterday
by Debbie Macomber
27.99
27.99
_% Off 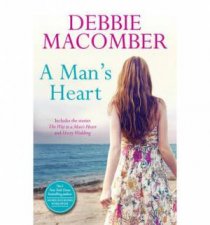 A Man's Heart: The Way To A Man's Heart/Hasty Wedding
by Debbie Macomber
27.99
27.99
_% Off
RRP refers to the Recommended Retail Price as set out by the original publisher at time of release.
The RRP set by overseas publishers may vary to those set by local publishers due to exchange rates and shipping costs.
Due to our competitive pricing, we may have not sold all products at their original RRP.