Before the wolves barged in the door demanding that their story be told, Dorothy Hearst was an acquisitions editor at Jossey-Bass, where she published books for non-profit, public and social change leaders. She loves dogs but doesn't have one, and borrows other people's whenever she gets the chance. After seven years in New York City and nine as a San Franciscan, Dorothy now lives in Berkeley, California. 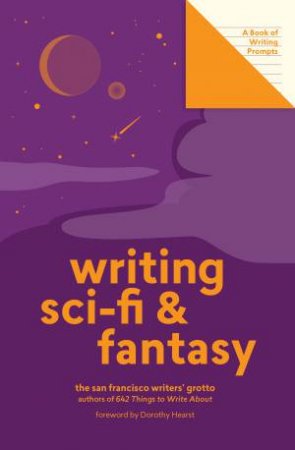 Writing Sci-Fi And Fantasy (Lit Starts)
Dorothy Hearst
$21.99
RRP refers to the Recommended Retail Price as set out by the original publisher at time of release.
The RRP set by overseas publishers may vary to those set by local publishers due to exchange rates and shipping costs.
Due to our competitive pricing, we may have not sold all products at their original RRP.