Douglas Noel Adams (11 March 1952 11 May 2001) was an English writer and dramatist. He is best known as the author of The Hitchhiker's Guide to the Galaxy, which started life in 1978 as a BBC radio comedy before developing into a "trilogy" of five books that sold over 15 million copies in his lifetime, a television series, several stage plays, comics, a computer game, and in 2005 a feature film. Adams' contribution to UK radio is commemorated in The Radio Academy's Hall of Fame.

Adams also wrote Dirk Gently's Holistic Detective Agency (1987) and The Long Dark Tea-Time of the Soul (1988), and co-wrote The Meaning of Liff (1983), Last Chance to See (1990), and three stories for the television series Doctor Who. A posthumous collection of his work, including an unfinished novel, was published as The Salmon of Doubt in 2002.

Adams became known as an advocate for environmental and conservation causes, and also as a lover of fast cars, cameras, and the Apple Macintosh. He was a staunch atheist, famously imagining a sentient puddle who wakes up one morning and thinks, "This is an interesting world I find myself in an interesting hole I find myself in fits me rather neatly, doesn't it? In fact it fits me staggeringly well, must have been made to have me in it!"

The Hitchhiker's Guide To The Galaxy Illustrated Edition
by Douglas Adams & Chris Riddell
26.99
26.99
_% Off 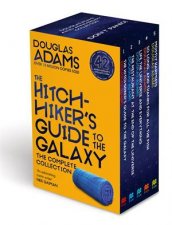 The Hitch Hiker's Guide to the Galaxy: The Nearly Definitive Edition
by Douglas Adams
75.00
75.00
_% Off 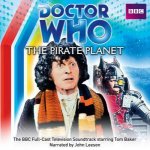 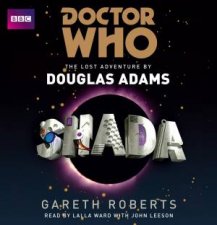 The Hitchhiker's Guide to the Galaxy Live 1/60
by Douglas Adams
24.99
24.99
_% Off
RRP refers to the Recommended Retail Price as set out by the original publisher at time of release.
The RRP set by overseas publishers may vary to those set by local publishers due to exchange rates and shipping costs.
Due to our competitive pricing, we may have not sold all products at their original RRP.