Douglas Coupland's career has been, contrary to initial glance, consistent and methodical. His consistent focus has been on sculpture, writing, typography and technology.

Douglas Coupland is Canadian, born on a Canadian Air Force base near Baden-Baden, Germany, on December 30, 1961. In 1965 his family moved to Vancouver, Canada, where he continues to live and work. Coupland has studied art and design in Vancouver, Canada, Milan, Italy and Sapporo, Japan. His first novel, Generation X, was published in March of 1991. Since then he has published ten novels and several non-fiction books in 35 languages and most countries on earth. He has written and performed for the Royal Shakespeare Company in Stratford, England, and in 2001 resumed his practice as a visual artist, with exhibitions in spaces in North America, Europe and Asia. 2006 marks the premiere of the feature film Everything's Gone Green, his first story written specifically for the screen and not adapted from any previous work. In 2007 Coupland's novel, jPod, was adapted into a series of thirteen one-hour episodes with Canada's CBC.

His next novel, Generation A, will be published in the UK, Canada and US in fall of 2009. 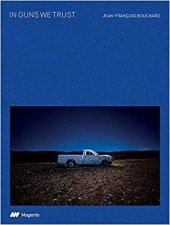 Generation X
by Douglas Coupland
23.99
23.99
_% Off
RRP refers to the Recommended Retail Price as set out by the original publisher at time of release.
The RRP set by overseas publishers may vary to those set by local publishers due to exchange rates and shipping costs.
Due to our competitive pricing, we may have not sold all products at their original RRP.