Before penning the worldwide phenomenon that is 50 Shades Of Grey, E L James (the E L stands for her real name, Erika Leonard) was a TV executive. Her husband, Niall Leonard, is a screenwriter and they have two teenage sons.

The series has won both praise, and courted its fair share of controversy. Acknowledged as definitely not a literary masterpiece, the taboo-breaking subject matter has at the very least started tongues wagging about how women should be portraying themselves. It may not be everybody's cup of tea so to speak, but it certainly captured the imagination of many people the world over. 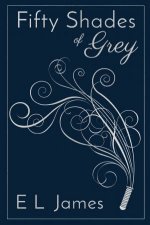 Fifty Shades Of Grey
by E L James
22.99
22.99
_% Off
RRP refers to the Recommended Retail Price as set out by the original publisher at time of release.
The RRP set by overseas publishers may vary to those set by local publishers due to exchange rates and shipping costs.
Due to our competitive pricing, we may have not sold all products at their original RRP.