Evan Clifford Symons Green was a well-known Australian motoring journalist and a novelist. He is also a former rally driver with international recognition. He was born in Fairfield, New South Wales, Australia. He has written many articles about himself and his experiences while rally driving. His first novel, Alice to Nowhere, was produced by Brendon Lumney into a two-part mini-series in 1986 directed by John Power. The film starred John Waters as Johnny Parson, Steve Jacobs as Dave Mitchell and Rosey Jones as Barbara Dean.

His other novels include: Adam's Empire, Dust and Glory, Kalinda, Bet Your life, On Borrowed Time, and Clancy's Crossing. Green was a motor racing commentator and interviewer for the Seven Network and was well-known for his commentary at the Bathurst 1000 motor race. 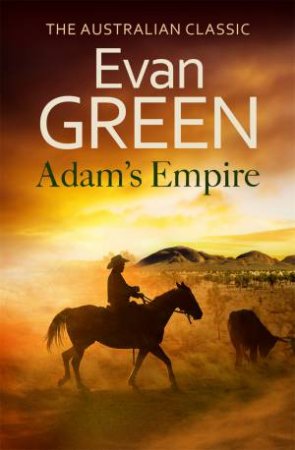 Adam's Empire
Evan Green
$22.99
RRP refers to the Recommended Retail Price as set out by the original publisher at time of release.
The RRP set by overseas publishers may vary to those set by local publishers due to exchange rates and shipping costs.
Due to our competitive pricing, we may have not sold all products at their original RRP.