Felice Arena is a popular Australian children's author and illustrator, and occasional actor. His books have topped bestseller lists and have garnered a number of awards. He is best known for the bestselling Specky Magee series and most recently his book of short stories and comic illustrations, Farticus Maximus and Other Stories that Stink!

The son of Italian immigrants, Felice (pronounced Fe-LEE-chay) was born in Kyabram, Victoria. Arena attended La Trobe University, in Bendigo, Victoria. He graduated as a primary (elementary) school teacher but decided to pursue his love of writing.

Aside from being a bestselling author, Felice is also an actor. In 1992 he played Marco Alessi in Australian soap opera Neighbours for a year. He also starred in many London West End musicals, including "Hair", "Godspell" and "What a feeling" with Irena Cara. 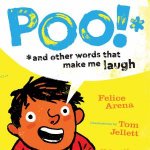 Specky Magee
by Garry Lyon & Felice Arena
16.99
16.99
_% Off
RRP refers to the Recommended Retail Price as set out by the original publisher at time of release.
The RRP set by overseas publishers may vary to those set by local publishers due to exchange rates and shipping costs.
Due to our competitive pricing, we may have not sold all products at their original RRP.