Frederick Forsyth, CBE (born 25 August 1938) is an English author and occasional political commentator. He is best known for thrillers such as The Day of the Jackal, The Odessa File, The Dogs of War, The Fist of God, Icon, The Veteran, Avenger and recently The Afghan.

The son of a furrier, Forsyth was born in Ashford, Kent. He was educated at Tonbridge School and later attended the University of Granada in Spain . He became one of the youngest pilots in the Royal Air Force, at the age of 19, where he served till 1958. Becoming a journalist, he joined Reuters in 1961 and later the BBC in 1965, where he served as an assistant diplomatic correspondent. From July to September 1967, he served as a correspondent covering the Nigerian Civil War between the region of Biafra and Nigeria. He left the BBC in 1968 after controversy arose over his alleged bias towards the Biafran cause and accusations that he falsified segments of his reports. Returning to Biafra as a freelance reporter, Forsyth wrote his first book, The Biafra Story in 1969. 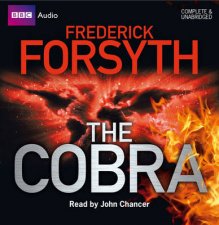 The Day Of The Jackal
by Frederick Forsyth
14.95
14.95
_% Off
RRP refers to the Recommended Retail Price as set out by the original publisher at time of release.
The RRP set by overseas publishers may vary to those set by local publishers due to exchange rates and shipping costs.
Due to our competitive pricing, we may have not sold all products at their original RRP.