Born in the UK, Gary has lived and worked in Melbourne since 1988. He is best known as a co-host of television show MasterChef with George Calombaris and Matt Preston. (Gary helped to train George, and along with Raymond Capaldi, the trio opened the restaurant Fenix in 2000).

As well as a stellar career as a restaurateur, he has appeared on numerous televisions shows including MasterChef, Ready Steady Cook, Good Chef Bad Chef, and Boy's Weekend. 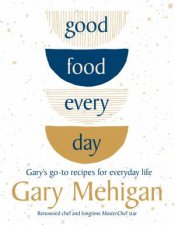 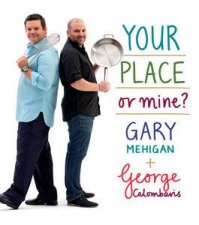 Your Place Or Mine?
by George Calombaris & Gary Mehigan
49.95
49.95
_% Off
RRP refers to the Recommended Retail Price as set out by the original publisher at time of release.
The RRP set by overseas publishers may vary to those set by local publishers due to exchange rates and shipping costs.
Due to our competitive pricing, we may have not sold all products at their original RRP.