Gena Showalter is the New York Times and national bestselling author of more than twenty novels in a wide range of genres, including her acclaimed Alien Huntress series for Pocket Books: Awaken Me Darkly, Enslave Me Sweetly, Savor Me Slowly, Seduce the Darkness, and Ecstasy in Darkness. Her fiction has appeared in Cosmopolitan and Seventeen and has been nominated for a prestigious RITA, as well as the National Reader's Choice Award. She is universally acknowledged to be "made of awesome".

The Original Heartbreakers Volume One/The One You Want/The Closer You Come
by Gena Showalter
19.99
19.99
_% Off 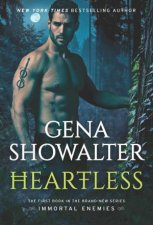 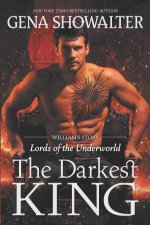 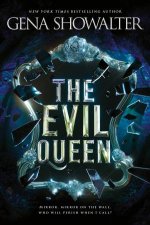 White Rabbit Chronicles: Bind-Up Vol 02
by Gena Showalter
19.99
19.99
_% Off
RRP refers to the Recommended Retail Price as set out by the original publisher at time of release.
The RRP set by overseas publishers may vary to those set by local publishers due to exchange rates and shipping costs.
Due to our competitive pricing, we may have not sold all products at their original RRP.