Greg Iles was born in Germany in 1960, where his father ran the US Embassy Medical Clinic during the height of the Cold War. Iles spent his youth in Natchez, Mississippi, and graduated from the University of Mississippi in 1983. Iles wrote his first novel in 1993, a thriller about Nazi war criminal Rudolf Hess, Spandau Phoenix, which became the first of thirteen New York Times bestsellers.

Iles's novels have been made into films, translated into more than twenty languages, and published in more than thirty-five countries worldwide. His new epic trilogy continues the story of Penn Cage, protagonist of The Quiet Game, Turning Angel, and New York Times #1 bestseller The Devil's Punchbowl.

Iles is a member of the legendary lit-rock group The Rock Bottom Remainders. Like bandmate Stephen King, Greg returned to the musical stage after recovering from his injuries, and joined the band for their final two shows in Los Angeles in 2012. A nonfiction memoir by the band, titled Hard Listening, is forthcoming. Hard Listening also contains a short story Greg wrote as an homage to King. 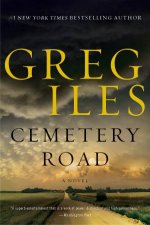 Natchez Burning
by Greg Iles
19.99
19.99
_% Off
RRP refers to the Recommended Retail Price as set out by the original publisher at time of release.
The RRP set by overseas publishers may vary to those set by local publishers due to exchange rates and shipping costs.
Due to our competitive pricing, we may have not sold all products at their original RRP.