Since September 2008, Guy Claxton has been Co-Director of the Centre for Real-World Learning (CrL), and Professor of the Learning Sciences, at the University of Winchester. He previously held the same title at the University of Bristol Graduate School of Education. He has a double first' from Cambridge and a DPhil from Oxford, and is a Fellow of the British Psychological Society and the Royal Society of Arts, and an Academician of the Academy of the Social Sciences. His books have been translated into many languages including Japanese, Greek, Italian, German, Spanish and Portuguese.

Intelligence in the Flesh
Guy Claxton
$33.99 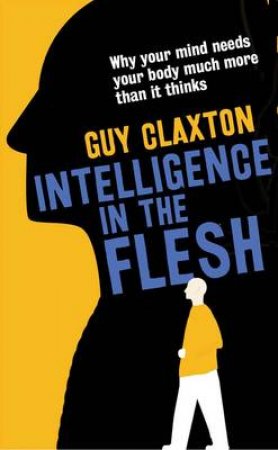 Hardcover
The Little Ed Book
Guy Claxton
$224.99
RRP refers to the Recommended Retail Price as set out by the original publisher at time of release.
The RRP set by overseas publishers may vary to those set by local publishers due to exchange rates and shipping costs.
Due to our competitive pricing, we may have not sold all products at their original RRP.