Henning Mankell was born in Sweden in 1948. In the 1970s he began working as a dramatist and in 1973 his first novel was published. Since then he has gone on to become the true star of Scandinavian crime the world over.

Mankell divides his time between Sweden and Maputo, Mozambique, where he works as a director at Teatro Avenida. 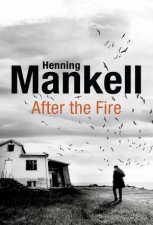 The Man From Beijing
by Henning Mankell
22.99
22.99
_% Off
RRP refers to the Recommended Retail Price as set out by the original publisher at time of release.
The RRP set by overseas publishers may vary to those set by local publishers due to exchange rates and shipping costs.
Due to our competitive pricing, we may have not sold all products at their original RRP.