Henry Winkler, born October 30, 1945, is an American actor, director, producer and author. Winkler is best known for his role as Fonzie in the 1970s American sitcom Happy Days. "The Fonz" started out as a minor character at the show's beginning, but had achieved top billing by the time the show ended.

Since 2003, Winkler has collaborated with Lin Oliver on a series of children's books about a 4th grade boy, Hank Zipzer, who is dyslexic. Winkler also has the learning disability, which was not diagnosed until he was 31. Winkler has published 17 books about his hero Zipzer, the "world's greatest underachiever". 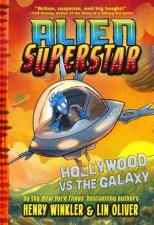 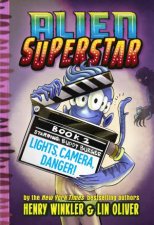 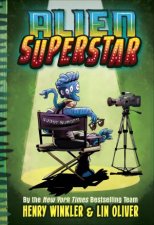 Alien Superstar 01
by Henry Winkler & Lin Oliver
19.99
19.99
_% Off
RRP refers to the Recommended Retail Price as set out by the original publisher at time of release.
The RRP set by overseas publishers may vary to those set by local publishers due to exchange rates and shipping costs.
Due to our competitive pricing, we may have not sold all products at their original RRP.