Holly was born and grew up in south-east London, but spent a lot of time on the Suffolk coast. As a child, she had two dogs, a cat, and at one point, nine gerbils (an accident). At about ten, Holly fell in love with stories from Ancient Greek myths, which led to studying Latin and Greek, and eventually to reading Classics at university. She worked for five years as a children's fiction editor, before deciding that writing was more fun, and easier to do from a sofa. Now living in Reading with her husband, three sons and one cat, Holly runs a Girl Guide group.

Holly writes the series Animal Magic' of which there are now seven titles. Released this month are two brand new titles from the Magic Molly' series The Secret Pony and The Shy Piglet. 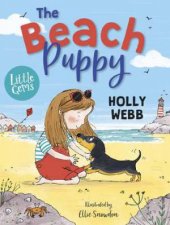 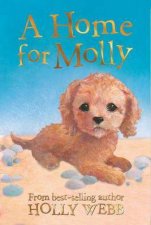 Girl Of Glass
by Holly Webb
15.99
15.99
_% Off
RRP refers to the Recommended Retail Price as set out by the original publisher at time of release.
The RRP set by overseas publishers may vary to those set by local publishers due to exchange rates and shipping costs.
Due to our competitive pricing, we may have not sold all products at their original RRP.