Ian McPhedran is the Sydney based national defence writer for News Limited. He has been a journalist all his working life and has covered conflicts in Burma, Somalia, Cambodia, Papua New Guinea, Indonesia, East Timor, Afghanistan and Iraq.

In 1993 he won a United Nations Association peace media award and in 1999 the Walkley award for best news report for his expose of the navy's Collins class submarine fiasco.

His first book, The Amazing SAS: the inside story of Australia's special forces, is a national best seller. McPhedran lives in Balmain with his wife Verona and daughter Lucy. 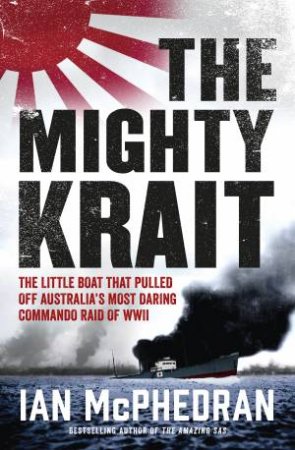 The Mighty Krait
Ian McPhedran
$35.00
RRP refers to the Recommended Retail Price as set out by the original publisher at time of release.
The RRP set by overseas publishers may vary to those set by local publishers due to exchange rates and shipping costs.
Due to our competitive pricing, we may have not sold all products at their original RRP.