Ita Buttrose always wanted to write and What is Love? marks a natural progression in her long and distinguished career, which began when she was just fifteen. Since then she has worked for Australia's major newspaper and magazine companies as writer, editor, editor-in-chief and publisher. She has also run her own publishing company and edited its flagship title ITA magazine, for six years. Ita's success has made her a household name in Australia. She is equally at home on television and radio, where she has hosted prime-time shows on Sydney's leading talkback stations. Currently she is a panellist on the popular show Beauty and the Beast, on Foxtel and Network Ten, and a columnist with The Australian Women's Weekly and the Courier Group of newspapers. Buttrose is also a prolific author and has published nine books, including her autobiography, A Passionate Life. In 2011 Penguin published A Guide to Australian Etiquette. Ita has two children and lives in Sydney. 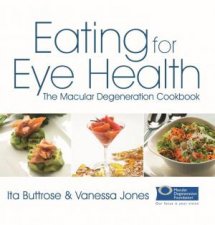 A Passionate Life
by Ita Buttrose
32.99
32.99
_% Off
RRP refers to the Recommended Retail Price as set out by the original publisher at time of release.
The RRP set by overseas publishers may vary to those set by local publishers due to exchange rates and shipping costs.
Due to our competitive pricing, we may have not sold all products at their original RRP.