Jack Canfield (born August 19, 1944) is an American motivational speaker and author. He is best known as the co-creator of the Chicken Soup for the Soul book series, which currently has nearly 200 titles and 112 million copies in print in over 40 languages. According to USA Today, Chicken Soup for the Soul and several of the series titles by Canfield and his writing partner, Mark Victor Hansen, were among the top 150 best-selling books of the last 15 years (October 28, 1993 through October 23, 2008).

Canfield is the founder of "Self Esteem Seminars" in Santa Barbara, and "The Foundation for Self Esteem" in Culver City, California. One of Canfield's most recent books, The Success Principles (2005), shares 64 principles that he claims can make people more successful. In 2008, he wrote The Success Principles for Teens with Kent Healy, as a result of the success of his original book. In 2006, he appeared in the DVD, "The Secret", and shared his insights on the Law of Attraction and tips for achieving success in personal and professional life. In the summer of 2004 Canfield founded The Transformational Leadership Council (TLC), a closed membership, invitation only members' club. 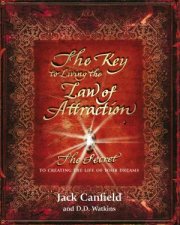 Chicken Soup for the Soul: Find Your Happiness
by Jack Canfield
24.99
24.99
_% Off
RRP refers to the Recommended Retail Price as set out by the original publisher at time of release.
The RRP set by overseas publishers may vary to those set by local publishers due to exchange rates and shipping costs.
Due to our competitive pricing, we may have not sold all products at their original RRP.