Jacqueline was born in Fairfield, Sydney quite a long time ago. She grew up in Ingleburn and Camden and remembers changing schools in the middle of Year 4 as a scary but ultimately wonderful experience.

Jacqueline (known mostly as Jacquie but sometimes as Jacq!) is married to Ian and has a stepdaughter, Olivia. She works full time as the Director of Development at Abbotsleigh,a school for girls in Sydney where she used to be Deputy Head of the Junior School.

Jacqueline knew exactly what she wanted to do when she grew up after spending Years 4 and 5 with a wonderful teacher who was a true inspiration. Jacqueline remembers her years with Sally Hogan as great fun but more than that she recalls that it was Sally who instilled in her a belief that you should spend your life doing something that you love! Jacqueline has always loved writing and has for many years kept diaries (which she says should definitely be destroyed before anyone else has a chance to read them!). Inspired by her students, she would often write poems and stories for the class and always hoped that one day she would be published. 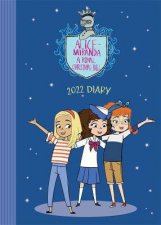 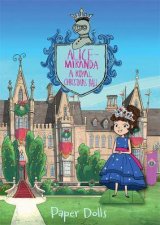 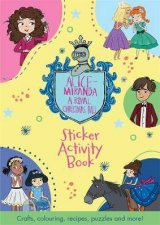 Alice-Miranda: A Royal Christmas Ball: The Official Movie Script
by Jacqueline Harvey
16.99
16.99
_% Off

Clementine Rose And The Birthday Emergency
by Jacqueline Harvey
14.99
14.99
_% Off
RRP refers to the Recommended Retail Price as set out by the original publisher at time of release.
The RRP set by overseas publishers may vary to those set by local publishers due to exchange rates and shipping costs.
Due to our competitive pricing, we may have not sold all products at their original RRP.