James Herbert, OBE was born on April 8, 1943 in the East End of London, the third son of street traders. His family lived at the back of Petticoat Lane in Whitechapel where Jack the Ripper once skulked in an area half gutted by Second World War German bombing raids. Rats ran riot in the ruins.

His novels such as The Fog, The Dark, The Survivor, The Magic Cottage, Sepulchre, Haunted and Creed are already hailed as classics of the genre, while his later bestsellers, Portent, The Ghosts of Sleath, '48, Others, Once..., Nobody True and The Secret of Crickley Hall have enhanced his reputation as a writer of depth and originality. He's held the position of Britain's bestselling writer of chiller fiction since the publication of his first horror novel 'The Rats' in 1974 to today with his latest work 'Ash'. 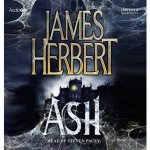 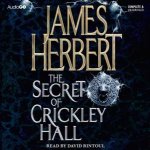 Domain
by James Herbert
24.99
24.99
_% Off
RRP refers to the Recommended Retail Price as set out by the original publisher at time of release.
The RRP set by overseas publishers may vary to those set by local publishers due to exchange rates and shipping costs.
Due to our competitive pricing, we may have not sold all products at their original RRP.