Jared Mason Diamond was born in 1937. He is an American scientist and author whose work draws from a variety of fields. He is currently Professor of Geography and Physiology at UCLA. He is best known for the award-winning popular science books The Third Chimpanzee, Guns, Germs, and Steel, and Collapse: How Societies Choose to Fail or Succeed. Diamond has been called a polymath.

He is married to Marie Diamond, granddaughter of Polish politician Edward Werner, and has two adult sons named Josh and Max Diamond. In 1999, he was awarded the National Medal of Science. His sister Susan Diamond writes for the Los Angeles Times. Her debut novel, What Goes Around, was published in 2007.

Jared Diamond also has an aptitude for languages 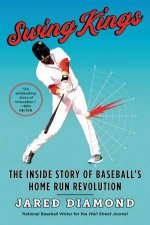 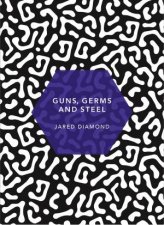 The World Until Yesterday: What Can We Learn from Traditional Societies?
by Jared Diamond
27.99
27.99
_% Off

Guns, Germs And Steel
by Jared Diamond
29.99
29.99
_% Off
RRP refers to the Recommended Retail Price as set out by the original publisher at time of release.
The RRP set by overseas publishers may vary to those set by local publishers due to exchange rates and shipping costs.
Due to our competitive pricing, we may have not sold all products at their original RRP.