Jennifer Weiner was born in 1970 on an army base in Louisiana. She grew up in Connecticut and graduated with a degree in English literature from Princeton University in 1991. She worked as a newspaper reporter in central Pennsylvania, Kentucky and Philadelphia until the publication of her first novel in 2001, and has been a full-time fiction writer ever since.

Jen is a frequent public speaker who has appeared on The Today Show, The CBS Early Show, The Martha Stewart Show, The Rachael Ray Show, and a number of defunct national talk shows that she suspects she killed just by showing up. Her work has appeared in Seventeen, Salon, Redbook, Glamour, Good Housekeeping, In Style and Elle. She writes occasionally for the Huffington Post and on her own blog. In 2011, Time Magazine named her as one of its 140 Best Twitter feeds. 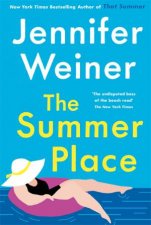 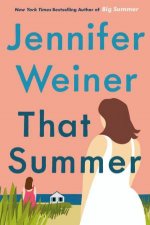 That Summer
by Jennifer Weiner
32.99
32.99
_% Off
RRP refers to the Recommended Retail Price as set out by the original publisher at time of release.
The RRP set by overseas publishers may vary to those set by local publishers due to exchange rates and shipping costs.
Due to our competitive pricing, we may have not sold all products at their original RRP.