After trying a number of careers, including farming, law, commercial art and advertising, he started writing short stories in 1925. During the second world war, Wyndham worked as a civil servant in the censorship department and subsequently joined the army, where he served in the Royal Corps of Signals as a corporal cipher operator. He participated in the Normandy landings. After the war, adopting the name John Wyndham, he started writing a form of science fiction that he called 'logical fantasy'. Wyndham was a self-declared fan of HG Wells and direct echoes of Wells' obsession with catastrophe and its aftermath appear time and again in Wyndham's oeuvre.

The Day of the Triffids, Wyndham's first significant novel, has been permanently in print since its publication in 1951, and remains one of his most widely-read and highly acclaimed works. His vision of a world in which monstrous, carnivorous plants terrorise the population following a meteor shower has captivated readers for over half a century; the wry, dry tone which became a hallmark of his writing accounting at least in part for the novel's success. 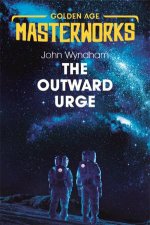 Penguin Modern Classics: The Day Of The Triffids
by John Wyndham
19.99
19.99
_% Off
RRP refers to the Recommended Retail Price as set out by the original publisher at time of release.
The RRP set by overseas publishers may vary to those set by local publishers due to exchange rates and shipping costs.
Due to our competitive pricing, we may have not sold all products at their original RRP.