J. S. Harry (or Jan Harry; born 1939) is a contemporary Australian poet who has been described as one of Australian poetry s keenest satirists, political and social commentators, and perhaps its most ethical agent and antagonist.

J. S. Harry was born in South Australia, but soon moved to Sydney when she has remained. Among she has worked as an editor for Radio National and has held a residency at Australian National University. A recurrent character in her work is Peter Henry Lepus, a rabbit who name-drops philosophers such as Bertrand Russel, Ludwig Wittgenstein and A. J. Ayer while popping up in the midst of topical events such as the Gulf War. His satirical clear-eyed vision of the world, and the humans that inhabit it, is that of an Everyrabbit, with its endless simplicity, trepidation and curiosity.

Among other accolades J. S. Harry has won the Harri Jones Memorial Prize for Poetry, the Poetry Society s Book of the Year, the PEN International Lyne Phillips Poetry Prize and the Kenneth Slessor Prize for Poetry. Her most recent work is Not Finding Wittgenstein (2007) a collected works of Peter Henry Lepus. 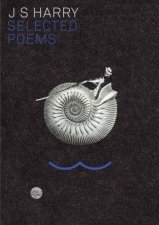 Not Finding Wittgenstein
by J.S. Harry
24.95
24.95
_% Off
RRP refers to the Recommended Retail Price as set out by the original publisher at time of release.
The RRP set by overseas publishers may vary to those set by local publishers due to exchange rates and shipping costs.
Due to our competitive pricing, we may have not sold all products at their original RRP.