Kevin is the author of the Oliver Nocturne books and Carlos is Gonna Get It. He also writes songs and sings in Seattle band Central Services, and their kids' music counterpart, The Board of Education. A former elementary school science teacher, Kevin continues to work with kids and teens at 826 Seattle and teaches through the Writers in the Schools program.

Kevin grew up in Cheshire, CT, which proudly calls itself the Bedding Plant Capital of Connecticut. Kevin's life in Cheshire had little to do with bedding plants, yet he did pick up an enthusiasm for gardening and a profound enjoyment of mowing perfectly straight lines, though his parents will tell you that these two traits were not exactly apparent when Kevin was a kid. Kevin wrote stories all the time, played in the marching and jazz bands, and ran track. One time, he won a spelling bee. Another time, as a contestant in the Mr. Cheshire pageant, Kevin chose to wear an actual suit of armor as his 'formal wear.' He didn't win.

Kevin moved to Boston after college, excited and wide-eyed and ready to be a writer. Instead, he worked in a bank, and then as a camp counselor, and then as an elementary school science teacher (and he found that he loved teaching!). He kept writing stories, and kept playing in bands. He played all over New England and up and down the East Coast in a soul band, but then turned his attention to writing pop songs. 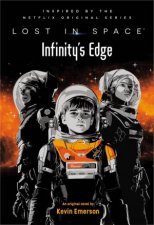 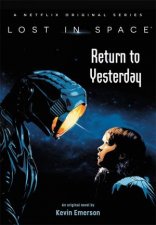 Return To Yesterday
by Kevin Emerson
19.99
19.99
_% Off
RRP refers to the Recommended Retail Price as set out by the original publisher at time of release.
The RRP set by overseas publishers may vary to those set by local publishers due to exchange rates and shipping costs.
Due to our competitive pricing, we may have not sold all products at their original RRP.