Kurt Vonnegut, Jr. (November 11, 1922 April 11, 2007; was a prolific and genre-bending American novelist known for works blending satire, black comedy and science fiction, such as Slaughterhouse-Five (1969), Cat's Cradle (1963), and Breakfast of Champions (1973). He was known for his humanist beliefs as well as being honorary president of the American Humanist Association.

In much of his work, Vonnegut's own voice is apparent, often filtered through the character of science fiction author Kilgore Trout (whose name is based on that of real-life science fiction writer Theodore Sturgeon), characterized by wild leaps of imagination and a deep cynicism, tempered by humanism. In the foreword to Breakfast of Champions, Vonnegut wrote that as a child, he saw men with locomotor ataxia, and it struck him that these men walked like broken machines; it followed that healthy people were working machines, suggesting that humans are helpless prisoners of determinism. Vonnegut also explored this theme in Slaughterhouse-Five, in which protagonist Billy Pilgrim "has come unstuck in time" and has so little control over his own life that he cannot even predict which part of it he will be living through from minute to minute. Vonnegut's well-known phrase "So it goes", used ironically in reference to death, also originated in Slaughterhouse-Five and became a slogan for anti-Vietnam War protestors in the 1960s. "Its combination of simplicity, irony, and rue is very much in the Vonnegut vein." 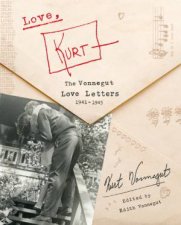 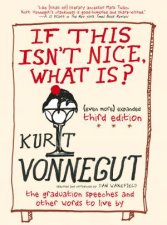 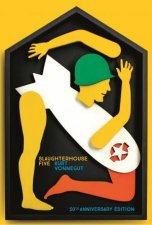 Vintage Classics: Slaughterhouse 5
by Kurt Vonnegut
14.99
14.99
_% Off
RRP refers to the Recommended Retail Price as set out by the original publisher at time of release.
The RRP set by overseas publishers may vary to those set by local publishers due to exchange rates and shipping costs.
Due to our competitive pricing, we may have not sold all products at their original RRP.