LaVyrle Spencer (born 1944 in Browerville, Minnesota) is an American best-selling author of contemporary and historical romance novels. She has successfully published a number of books, with several of them made into movies. Twelve of her books have been New York Times bestsellers, and Spencer was inducted into the Romance Writers of America Hall of Fame in 1988. She retired from writing in 1997.

Spencer is known for creating realistic characters and stories that focus on families rather than only the relationship between a man and woman. These "ordinary" men and women are warm and vulnerable and are always portrayed sympathetically. Her heroines tend to be a mix of fire and warmth, strength, savvy and soft heartedness who must overcome some sort of adversity, such as pregnancy, divorce, a lengthy separation, the loss of a loved one, and then undergo a catharsis. The stories centre on themes of abiding love, family ties and strength in difficult times.

Her books have been sold to book clubs worldwide, and have been published around the world. Condensed versions of many of her novels have appeared in Reader's Digest and Good Housekeeping. 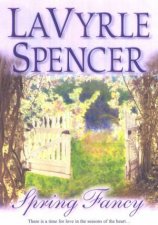 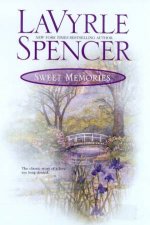 Sweet Memories
by LaVyrle Spencer
19.95
19.95
_% Off
RRP refers to the Recommended Retail Price as set out by the original publisher at time of release.
The RRP set by overseas publishers may vary to those set by local publishers due to exchange rates and shipping costs.
Due to our competitive pricing, we may have not sold all products at their original RRP.