After working various jobs such as a cocktail waitress, kibbutz worker and office manager amongst many others, Lesley went back to university at the age of 26 and settled into seven years' training as an architect. As soon as she'd finished, she went to work in South Africa which was where the idea for Sundowners, her first novel, was born. She spent the next few years teaching in different universities in the UK and the US, but somehow never completely let go of the idea of writing for a living. In 1996, Lesley met her wonderful agent, who kept at her to 'keep at it.' She did, and finally, almost ten years later, in 2004, she held the first copy in her hot little hands! But, having spent so long training to be an architect, she found she couldn't completely give that up either, so in 2005, she went back home to Ghana, where she grew up, and built her own house. Lesley now splits her time between Accra and Hackney with the odd couple of months in a wee cottage outside Edinburgh where she begins each novel in between. 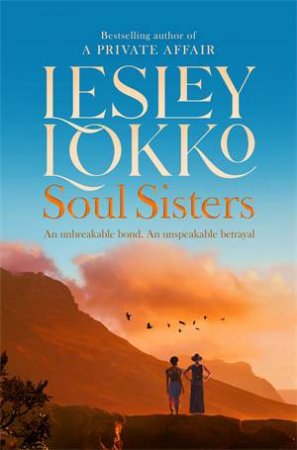 Soul Sisters
Lesley Lokko
$32.99
RRP refers to the Recommended Retail Price as set out by the original publisher at time of release.
The RRP set by overseas publishers may vary to those set by local publishers due to exchange rates and shipping costs.
Due to our competitive pricing, we may have not sold all products at their original RRP.