Linwood Barclay was born in the United States, but just as he was turning four, his parents moved to Canada, settling in a Toronto suburb. Linwood's father, Everett, a commercial artist whose illustrations of automobiles appeared in Life, Look and The Saturday Evening Post, had accepted an advertising position north of the border.

As the major car accounts switched more to photography for their magazine advertising instead of illustrations, Linwood's parents bought a cottage resort and trailer park in the Kawartha Lakes region of Ontario. But when Linwood was 16, his father died, and he essentially took over running the family business (an experience he wrote about in his memoir, Last Resort).

At the age of 22, Linwood left the resort and got his first newspaper job, at the Peterborough Examiner. 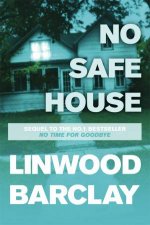 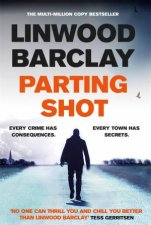 No Time for Goodbye
by Linwood Barclay
10.00
10.00
_% Off
RRP refers to the Recommended Retail Price as set out by the original publisher at time of release.
The RRP set by overseas publishers may vary to those set by local publishers due to exchange rates and shipping costs.
Due to our competitive pricing, we may have not sold all products at their original RRP.