Lynne Reid Banks (born 31 July 1929) is a British author of books for children and adults.

She has written forty books, including the best-selling children's novel The Indian in the Cupboard, which has sold over 10 million copies and has been successfully adapted to film. Her first novel, The L-Shaped Room, published in 1960, was an instant and lasting best seller. The L-Shaped Room was later made into a movie of the same name and led to two sequels, The Backward Shadow and Two is Lonely. Banks also wrote a biography of the Bront family, entitled Dark Quartet, and a sequel about Charlotte Bront , Path to the Silent Country.

Banks was born in London, the only child of James and Muriel Reid Banks. She was evacuated to Saskatoon, Saskatchewan, Canada during World War II but returned after the war was over. She attended St Teresa's School in Surrey. Prior to becoming a writer. Banks was an actress, and also worked as a television journalist in Britain, one of the first women to do so. 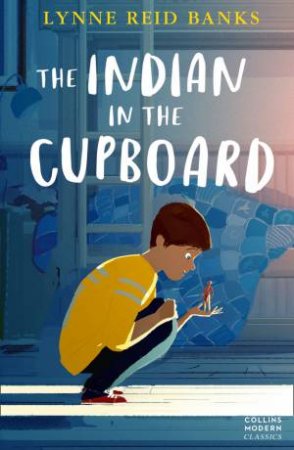 Collins Modern Classics: Indian In the Cupboard
Lynne Reid Banks
$14.99
RRP refers to the Recommended Retail Price as set out by the original publisher at time of release.
The RRP set by overseas publishers may vary to those set by local publishers due to exchange rates and shipping costs.
Due to our competitive pricing, we may have not sold all products at their original RRP.