An author at home in many forms of writing, Vargas Llosa once described literature as the passion of his life. This passion for his art was celebrated when he won the 2010 Nobel Prize for literature. 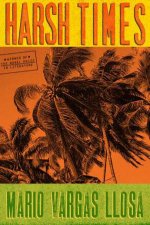 Faber Modern Classics: Aunt Julia and the Scriptwriter
by Mario Vargas Llosa
19.99
19.99
_% Off

The War of the End of the World
by Mario Vargas Llosa
19.99
19.99
_% Off
RRP refers to the Recommended Retail Price as set out by the original publisher at time of release.
The RRP set by overseas publishers may vary to those set by local publishers due to exchange rates and shipping costs.
Due to our competitive pricing, we may have not sold all products at their original RRP.