Martin Boyd was born in Switzerland in 1893 of Anglo-Australian parents. At six months he was brought to Australia, where the Boyd family made impressive contributions to the artistic and intellectual life. At the outbreak of the first world war he travelled to England and joined an English regiment and later the Royal Flying Corps. In 1948, at the height of his literary success, he returned to Australia to make a home near Berwick but lived the last 15 years of his life in Rome (1957-1972). Most of his novels maintain an Anglo-Australian theme. Martin Boyd moved to Rome in 1957 and lived there till his death in 1972. 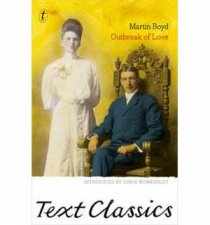 When Blackbirds Sing: Text Classics
by Martin Boyd
14.95
14.95
_% Off
RRP refers to the Recommended Retail Price as set out by the original publisher at time of release.
The RRP set by overseas publishers may vary to those set by local publishers due to exchange rates and shipping costs.
Due to our competitive pricing, we may have not sold all products at their original RRP.