Mary Theresa Eleanor Higgins Clark Conheeney (born December 24, 1927 in the Bronx, New York), known as Mary Higgins Clark, is an American author of suspense novels. Each of her twenty-four books has been a bestseller in the United States and various European countries, and all of her novels remain in print as of 2007, with her debut suspense novel, Where Are The Children, in its seventy-fifth printing.

Clark began writing at an early age. After several years working as a secretary and copy editor, Clark spent a year as a stewardess for Pan-American Airlines before leaving her job to marry and start a family. She supplemented the family's income by writing short stories. After her husband died in 1959, Clark worked for many years writing four-minute radio scripts, until her agent convinced her to try writing novels. Her debut novel, a fictionalized account of the life of George Washington, did not sell well, and she decided to leverage her love of mystery/suspense novels. Her suspense novels became very popular, and as of 2007 her books have sold more than 80 million copies in the United States alone.

Her daughter, Carol Higgins Clark, is also a suspense writer. 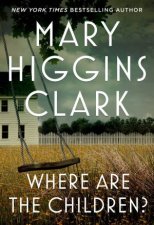 The Shadow Of Your Smile
by Mary Higgins Clark
19.99
19.99
_% Off
RRP refers to the Recommended Retail Price as set out by the original publisher at time of release.
The RRP set by overseas publishers may vary to those set by local publishers due to exchange rates and shipping costs.
Due to our competitive pricing, we may have not sold all products at their original RRP.