Michael Pryor has published more than twenty-five fantasy books and over forty short stories, from literary fiction to science fiction to slapstick humour. Michael has been shortlisted six times for the Aurealis Awards, has been nominated for a Ditmar award, and six of his books have been CBCA Notable Books, including three books in the Laws of Magic series. Michael's most recent books include The Chronicles of Krangor series for younger readers, The Laws of Magic series and The Extraordinaires series for older readers, as well as 10 Futures, a collection of interlinked stories imagining what our next 100 years might be like. 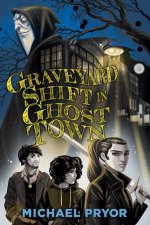 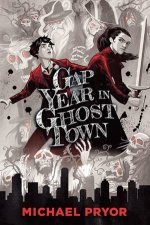 The Quentaris Chronicles: Stones Of Quentaris
by Michael Pryor
15.99
15.99
_% Off
RRP refers to the Recommended Retail Price as set out by the original publisher at time of release.
The RRP set by overseas publishers may vary to those set by local publishers due to exchange rates and shipping costs.
Due to our competitive pricing, we may have not sold all products at their original RRP.