Mitchell Zuckoff is a professor of journalism at Boston University. He is the author of Lost in Shangri-La: A True Story of Survival, Adventure and the Most Incredible Rescue Mission of World War II. His previous books are: Robert Altman: The Oral Biography, one of Amazon.com's "Best Books of 2009"; Ponzi's Scheme: The True Story of a Financial Legend, a New York Times Editors' Choice book; and Choosing Naia: A Family's Journey, which received the Christopher Award and was named a Massachusetts Honour Book. He is co-author of Judgment Ridge: The True Story Behind the Dartmouth Murders, which was a finalist for the Edgar Award.

Zuckoff's magazine work has appeared in The New Yorker, Fortune, and other national and regional publications. He is a former special projects reporter for The Boston Globe, where he was a Pulitzer Prize finalist for investigative reporting. He received the Distinguished Writing Award from the American Society of Newspaper Editors, the Livingston Award for International Reporting, the Heywood Broun Award, and the Associated Press Managing Editors' Public Service Award, among other national honours. He lives outside Boston. 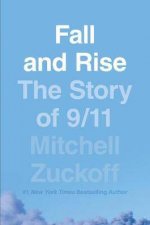 13 Hours
by Mitchell Zuckoff
22.99
22.99
_% Off
RRP refers to the Recommended Retail Price as set out by the original publisher at time of release.
The RRP set by overseas publishers may vary to those set by local publishers due to exchange rates and shipping costs.
Due to our competitive pricing, we may have not sold all products at their original RRP.