Monty Roberts, known as the Man Who Listens to Horses has led an extraordinary life. An award-winning trainer of championship horses, best-selling author, Hollywood stunt man, foster dad to 47 children (in addition to three of his own) and creator of the world-renowned and revolutionary equine training technique called Join Up.

After a call from the offices of Queen Elizabeth II, the reigning monarch of England and an avid horsewoman, inviting Monty to come to her country and show her staff his Join Up method she was so impressed by his demonstration that she urged him to write a book. That book became The Man Who Listens to Horses .

Published in 1996, The Man Who Listens to Horses became a full-blown phenomenon. The book went on to sell nearly 5 million copies. The PBS and BBC television networks aired documentaries about his work, four more books were published and became best sellers, and countries throughout the world translated these materials, sharing his message that violence is never the answer. 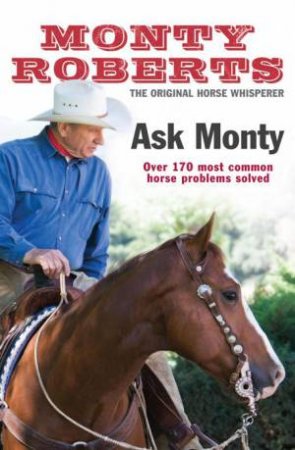 Ask Monty: The Original Horse Whisperer
Monty Roberts
$24.99
RRP refers to the Recommended Retail Price as set out by the original publisher at time of release.
The RRP set by overseas publishers may vary to those set by local publishers due to exchange rates and shipping costs.
Due to our competitive pricing, we may have not sold all products at their original RRP.