Nelson Richard DeMille was born in New York City on August 23, 1943. He moved as a child with his family to Long Island. In high school, he played football and ran track. DeMille spent three years at Hofstra University, then joined the Army and attended Officer Candidate School. He was a First Lieutenant in the United States Army (1966-69) and saw action as an infantry platoon leader with the First Cavalry Division in Vietnam. He was decorated with the Air Medal, Bronze Star, and the Vietnamese Cross of Gallantry.

DeMille returned to the States and went back to Hofstra University where he received his degree in Political Science and History. He has three children, Lauren, Alexander, and James, and still lives on Long Island.

DeMille's earlier books were NYPD detective novels. His first major novel was By the Rivers of Babylon, published in 1978 and still in print, as are all his succeeding novels. He is a member of The Authors Guild, the Mystery Writers of America, and American Mensa. He holds three honorary doctorates: Doctor of Humane Letters from Hofstra University, Doctor of Literature from Long Island University, and Doctor of Humane Letters from Dowling College. 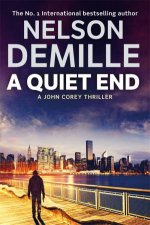 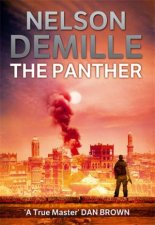 Plum Island
by Nelson DeMille
22.99
22.99
_% Off
RRP refers to the Recommended Retail Price as set out by the original publisher at time of release.
The RRP set by overseas publishers may vary to those set by local publishers due to exchange rates and shipping costs.
Due to our competitive pricing, we may have not sold all products at their original RRP.