Peter FitzSimons, born in Peats Ridge, New South Wales, 29 June, 1961, is a former Wallabies rugby union player. He now works as a journalist, author and radio presenter. He has the distinction of being the only Wallaby ever sent from the field against the All Blacks. Following his international career he played with CA Brive in France for 4 seasons, becoming the clubs first ever foreign player.

Based in Sydney, Peter FitzSimons is a sports columnist and writer for The Sydney Morning Herald. FitzSimons also regularly appears on the Australian Foxtel programme, The Back Page, hosted by rugby league journalist Mike Gibson. For the Saturday edition of the Sydney Morning Herald, FitzSimons writes a column titled "The Fitz Files" which looks at all the happenings over the past seven days in sport. He also writes a more general version of the "The Fitz Files" on page two of the Sun-Herald on Sundays, focusing on community activities and events in Sydney.

In 2006 he began co-hosting a breakfast radio program with Mike Carlton on Sydney radio station 2UE. He was brought onto the 2UE breakfast show by management in January 2006 in an attempt to boost the program's dwindling ratings. Mike Carlton was vocal in his opposition to having an on-air partner, but the move immediately paid dividends with an immediate audience increase. However, the "Mike and Fitz" breakfast show still trails a long way behind the current number one program on 2GB, hosted by Alan Jones who coincidentally coached FitzSimons at the Manly rugby club and when he was a Wallaby. FitzSimons was often joined on air by his wife, Nine Network Today Show presenter Lisa Wilkinson. 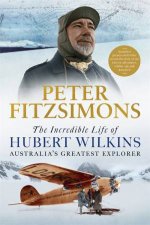 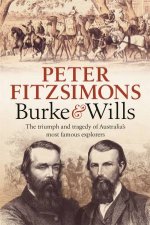 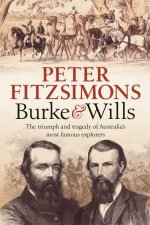 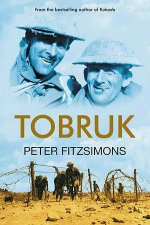 Tobruk
by Peter Fitzsimons
35.00
13.99
60% Off
RRP refers to the Recommended Retail Price as set out by the original publisher at time of release.
The RRP set by overseas publishers may vary to those set by local publishers due to exchange rates and shipping costs.
Due to our competitive pricing, we may have not sold all products at their original RRP.