Her academic background has given her a knowledge of and enthusiasm for many periods of history but particularly for the Tudor period and the 16th century. Her research in 18th-century literature led her to write the bestselling Lacey trilogy Wideacre, which is a gripping story about the love of land and incest, The Favoured Child and Meridon. This was followed by The Wise Woman, described as a dazzling, disturbing novel of dark powers and desires set against the rich tapestry of the Reformation. A Respectable Trade, a novel of slave trade in England, set in 18th century Bristol, was adapted by Gregory for an acclaimed four part drama series for BBC television. Gregory's script was nominated for a BAFTA, won an award from the Committee for Racial Equality, and the film was shown worldwide.

Two novels about a gardening family at the heart of the English Civil War: Earthly Joys and Virgin Earth won her new fans, while her contemporary novels Perfectly Correct, Mrs Hartley, Growth Centre, The Little House and Zelda's Cut remain favourites with many readers. She has also written for children.

The Princess Rules - The Mammoth Adventure
by Philippa Gregory & Chris Chatterton
14.99
14.99
_% Off 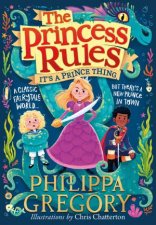 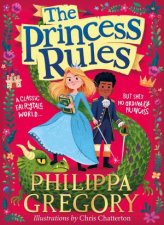 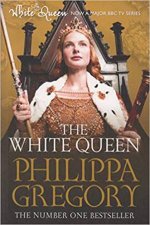 The Other Boleyn Girl
by Philippa Gregory
19.99
19.99
_% Off
RRP refers to the Recommended Retail Price as set out by the original publisher at time of release.
The RRP set by overseas publishers may vary to those set by local publishers due to exchange rates and shipping costs.
Due to our competitive pricing, we may have not sold all products at their original RRP.