For many years he lived in Suffolk in England, his ancestral county, and he used traditional tales from that area as the basis of The Girl Green as Elderflower; the last decades of his life he spent in nearby Harwich.

Text Classics: The Girl Green as Elderflower
by Randolph Stow & Kerryn Goldsworthy
12.95
12.95
_% Off 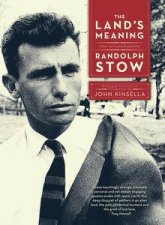 Midnite
by Randolph Stow
16.99
16.99
_% Off
RRP refers to the Recommended Retail Price as set out by the original publisher at time of release.
The RRP set by overseas publishers may vary to those set by local publishers due to exchange rates and shipping costs.
Due to our competitive pricing, we may have not sold all products at their original RRP.