He was educated at Forest School, Jesus College, Oxford, and St Antony's College, Oxford.One of his most famous works is In Defence of History, a book in defence of the study of history against postmodernist theories that hold the study of history to be outmoded and no longer useful. However, Evans stresses throughout his book that some of the criticisms made by postmodernists have been beneficial to history as a whole, in particular that subjectivity is an inevitable and unavoidable part of the historic construct.

He has published a three-volume work on the history of the Third Reich. 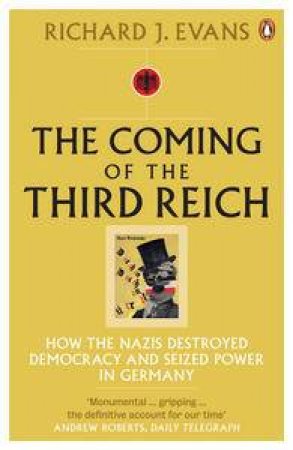 Coming Of The Third Reich
Richard J Evans
$32.99
RRP refers to the Recommended Retail Price as set out by the original publisher at time of release.
The RRP set by overseas publishers may vary to those set by local publishers due to exchange rates and shipping costs.
Due to our competitive pricing, we may have not sold all products at their original RRP.