Born in Yonkers, New York, Yates came from an unstable home. His parents divorced when he was three and much of his childhood was spent in many different towns and residences. Yates first became interested in journalism and writing while attending Avon Old Farms School in Avon, Connecticut. After leaving Avon, Yates joined the Army, serving in France and Germany during the late 1940s and early 1950s. Upon his return to New York he worked as a journalist, freelance ghost writer (briefly writing speeches for Attorney General Robert Kennedy) and publicity writer for Remington Rand Corporation. His career as a novelist began in 1961 with the publication of the widely heralded Revolutionary Road. He subsequently taught writing at Columbia University, the New School for Social Research,[ Boston University (where his papers are archived), at the University of Iowa Writer's Workshop, at Wichita State University, and at the University of Southern California Master of Professional Writing Program.

In 1962, he wrote the screenplay for a film adaptation of William Styron's Lie Down In Darkness. Twice divorced, Yates was the father of three daughters: Sharon, Monica and Gina. In 1992, he died of emphysema and complications from minor surgery in Birmingham, Alabama. 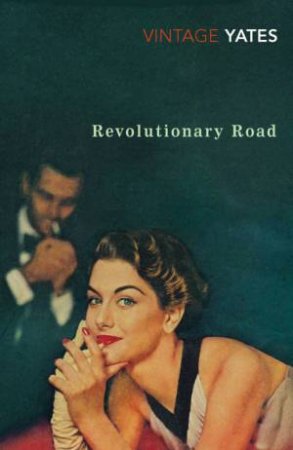 Revolutionary Road
Richard Yates
$14.99
RRP refers to the Recommended Retail Price as set out by the original publisher at time of release.
The RRP set by overseas publishers may vary to those set by local publishers due to exchange rates and shipping costs.
Due to our competitive pricing, we may have not sold all products at their original RRP.