Robert Galbraith is married with two sons. After several years with the Royal Military Police, he was attached to the SIB (Special Investigation Branch), the plain-clothes branch of the RMP. He left the military in 2003 and has been working since then in the civilian security industry. The idea for protagonist Cormoran Strike grew directly out of his own experiences and those of his military friends who have returned to the civilian world. 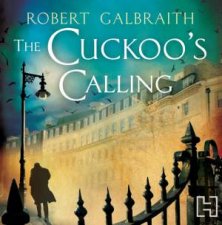 The Silkworm
by Robert Galbraith
12.99
12.99
_% Off
RRP refers to the Recommended Retail Price as set out by the original publisher at time of release.
The RRP set by overseas publishers may vary to those set by local publishers due to exchange rates and shipping costs.
Due to our competitive pricing, we may have not sold all products at their original RRP.